This section covers how to build the routing and switching topology for your network. Your needs will vary considerably based on the specifics of your network so if you’re not familiar with all of these concepts you may need to do some outside research (or ask in the chatroom).

startyourownisp.com is brought to you by Outpost Plus.

Outpost Plus is the organization behind startyourownisp.com. We offer a full suite of consulting services to help public and private organizations improve the broadband connectivity in their communities. Contact us to discuss your project.

These are terms that will come up while discussing network topology. If you are entirely unfamiliar with these terms you might want to start with some background reading.

The easiest, most straightforward network configuration resembles what you probably have in your network at home - a router with 1 public IPv4 address and all of the devices connected to it using private IP addresses and NAT to get to the Internet.

This configuration isn’t very scaleable due to having all of your customers on the same broadcast domain and sharing the same IP address, but it’s an OK place to start. 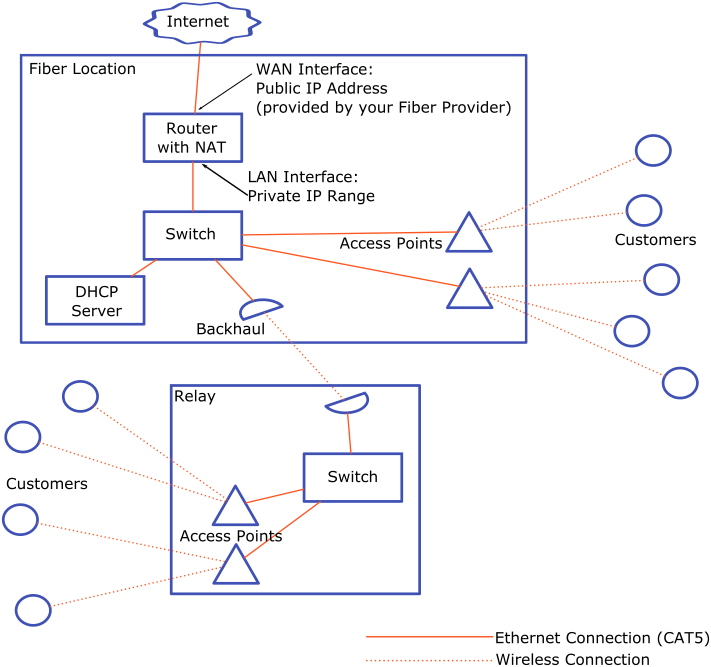 With the above configuration all of your customers are sharing a single IP address. This means that if one of them gets the IP address blocked from a service (for sending spam, for example) then it’s blocked for everyone. Ideally you would give each customer their own IP address but there aren’t really any more IPv4 addresses available.

If you can get more than one IPv4 address from your Fiber provider then go for it - you can configure your NAT to use a pool of IP addresses rather than just one, which is a little better.

You can also try to push your customer’s traffic to IPv6 as much as possible. IPv6 addresses are easy to come by and most equipment and many current web services support IPv6.

Adding routers or using VLANs are both ways to break up your broadcast domains. Both are explained below.

Adding a router at each tower allows you segment broadcast domains to a single tower or even a single access point. Each tower can have it’s own routed interface with the default route in the router pointing at the upstream relay’s router. 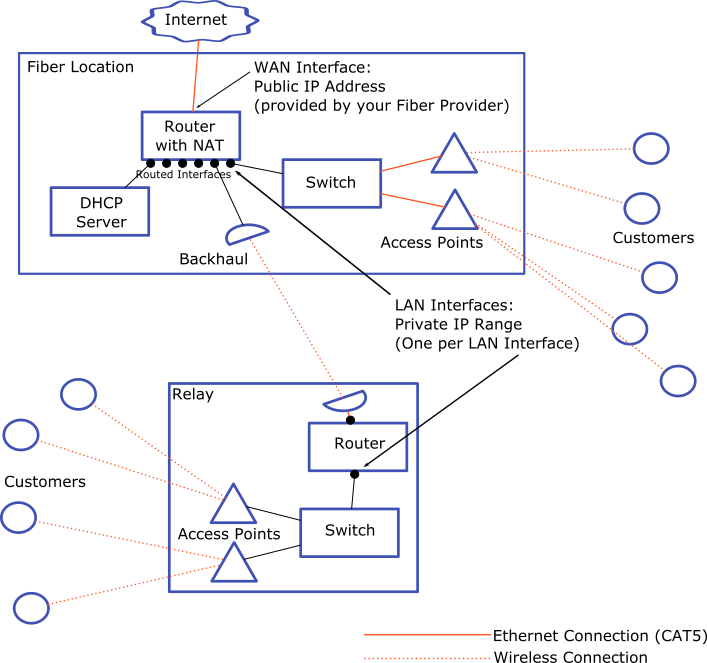 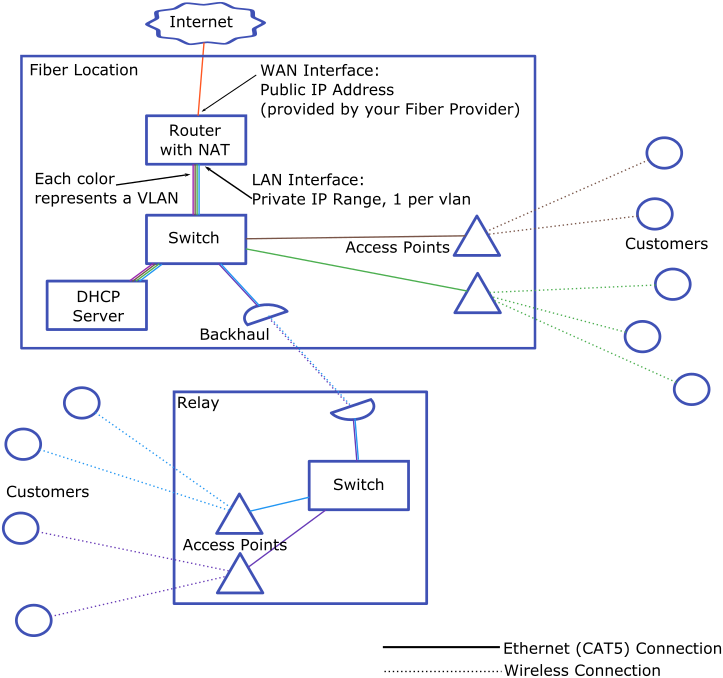 You will probably be selling your service with an associated speed package - say 30, 50 or 100Mbps. If you find that some customers are consistently using more than what they’re paying for then you’ll want to limit their max throughput so they don’t slow other customers down.

The easiest way to start doing this is to set limits in the CPE radio on their roof. All modern WISP equipment will allow you to configure the max throughput for download and upload speeds.

As your network grows you can automate the process of limiting customer’s speeds rather than managing them manually. Some billing systems, such as PowerCODE, will do most of this for you.

Looking to donate? Patreon or BTC 1JKa1Kdrp3r4xPSXBRJ6nPC6YYdLcqQ4Bp. Many thanks!
© 2021 Graham Castleton, Outpost Plus, LLC – Documentation built with Hugo using the Material theme.